In 1999 physicist Richard Taylor claimed Jackson Pollock’s drip paintings were not just splattered paint, but excellent examples of fractal patterns. His research even led him to construct a “Pollockizer,” a container suspended on a string that would fling paint onto a canvas. The Pollockizer could be adjusted to fling paint in either a chaotic or a regular pattern creating either fractal or nonfractal patterns. Taylor was so confident of his method of categorizing Pollock paintings by their fractal patterns, he claimed he could date and verify their authenticity by analyzing the paintings’ fractal dimensions. He also ventured into art criticism by describing the drip paintings as "nature on a piece of canvas."

In order to understand fractals we need to grasp the dynamics of a chaotic system. A system is defined as chaotic when it becomes impossible to know where it will be or what it will be next. A dynamic, chaotic system is nonlinear whereas a linear system is logical, incremental and predictable. 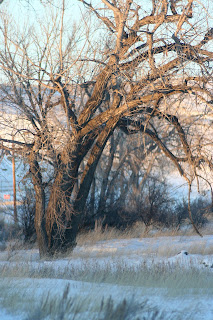 A dynamic system is one whose state changes over time. It is complex and subject to internal and external influences and can change radically through its feedback. These systems do not operate in isolation; everything influences, or can influence, everything else. Since the variables can be unknown and many, it is very difficult to discern the patterns of a chaotic system.

Chaos theory evolved to describe the motion and actions of natural, open-ended dynamic systems. Fractal geometry became the standard for describing the patterns these chaotic processes leave behind.


“Clouds are not spheres, mountains are not cones, coastlines are not circles, and bark is not smooth, nor does lightning travel
in a straight line.”  Benoit Mandlebrot

Fractal geometry is completely different from the smooth, simplified and idealized shapes of Euclidean geometry – the circle, square, sphere and cube. These shapes not only dominated mathematics since Euclid’s time, but also were a dominant part of modeling figures and landscape in art.

Fractal patterns, on the other hand, are varied and endlessly complex. In the 1970s IBM researcher Benoit Mandlebrot invented this new geometry and called it “fractal” to suggest fractured or uneven shapes. A branch with small twigs can look like a larger branch, which looks similar to the whole tree. The jagged surface of a rock can resemble an entire mountain. Snowflakes are the fractal result of a chaotic process combined with the six-fold symmetry of crystals.

It is interesting to note the impact of the number-crunching capabilities of computers in the evolution of fractal geometry and in the understanding of fractal patterns. It is a reminder of the impact paint tubes had on the Impressionists.  Artists were finally able to haul their paints out of the studio and into the streets and fields, and thus began a revolutionary change in art and perception.

Fast forward several years after the original fractal analysis of Pollock’s drip paintings and the claim of using fractals was tested by other researchers and supposedly failed. That study claimed the debate was over. The lead author Katherine Jones-Smith concluded, “No information about artistic authenticity can be gleaned about fractal analysis.” Others claimed flaws in the new study debunking the original study.


The use of fractal analysis in art appeared again in 2016, however,  when yet another researcher claimed abstract expressionist painter Willem de Kooning’s cognitive decline from Alzheimer’s disease was detected in his brushstrokes. Alex Forsythe of the University of Liverpool used fractal analysis to determine whether there was a relationship between the fractal complexity in a painting and the brain activity of its artist. According to her study, the works of Monet, Picasso and Chagall, none of whom suffered any neurodegenerative disorder, showed increasing fractal complexity over time. The work of de Kooning, however, at about the age of 40, showed a noticeable decline in fractal complexity.

Of course, this research provoked mixed reactions. Taylor (from the original Pollock study) described the work as a “magnificent demonstration of art and science coming together.” Others were not as magnanimous, calling the research “complete and utter nonsense.” While some continue to agree with the fractal analysis of paintings, others deny it. Sounds like science to me. The research will undoubtedly continue to bump along, not necessarily in a linear fashion, but perhaps more chaotically and more irregularly, somewhat like a pattern of feedback and response.

Antonio Mancini (1852-1930) was an Italian artist whom John Singer Sargent once referred to as “the greatest living painter.” Mancini’s life was marked by mental instability and poverty. Frequently destitute and often dependent on others, he suffered from both extreme shyness and paranoid outbursts. A representative of one of his patrons once found him in a cold empty studio wearing a flannel shirt, several vests, six pairs of pants held up with a rope, and a greasy overcoat. When he ran out of canvas he would often paint and write on the walls. 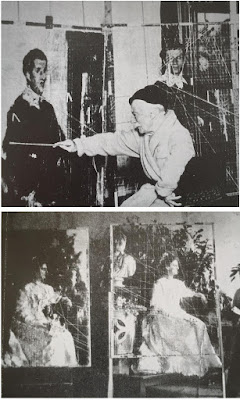 About 1883 Mancini began using what he called a “graticola” meaning grating or gridiron. The graticola was a wooden frame crisscrossed with strings. One was placed in front of the model and another directly in front of the canvas. He worked at a great distance from the canvas, running forward to push and twist the paint, carefully and precisely, behind the grid. Many of his paintings show the imprint of the graticola in the paint. In later paintings he also began inserting materials such as glass, pieces of metal, bits of paint tubes, and even wallpaper into the paint.

While Mancini’s graticola was similar to a traditional transfer grid, using both horizontal and vertical lines, what is often overlooked is the importance of the diagonal lines. Horizontals and verticals are extremely rigid and static, but they do allow for a basic pattern of reference to the exterior dimensions of the canvas. The diagonals, however, are making connections based on angles of form and triangles of description. They connect one part of the image to another. As marks of reference they serve to delineate the space of the canvas in a more complex and dynamic way.  Many have questioned Mancini’s need for the graticola, but he was adamant about how important it was to him. It’s possible the frame of reference it gave him allowed a more frenzied and chaotic paint application which became more and more apparent in his later paintings.

Books on fractals that are not all about math:
An Eye for Fractals by Michael McGuire
Fractals The Patterns of Chaos by John Briggs

Posted by Carolyn Anderson at 2:00 PM