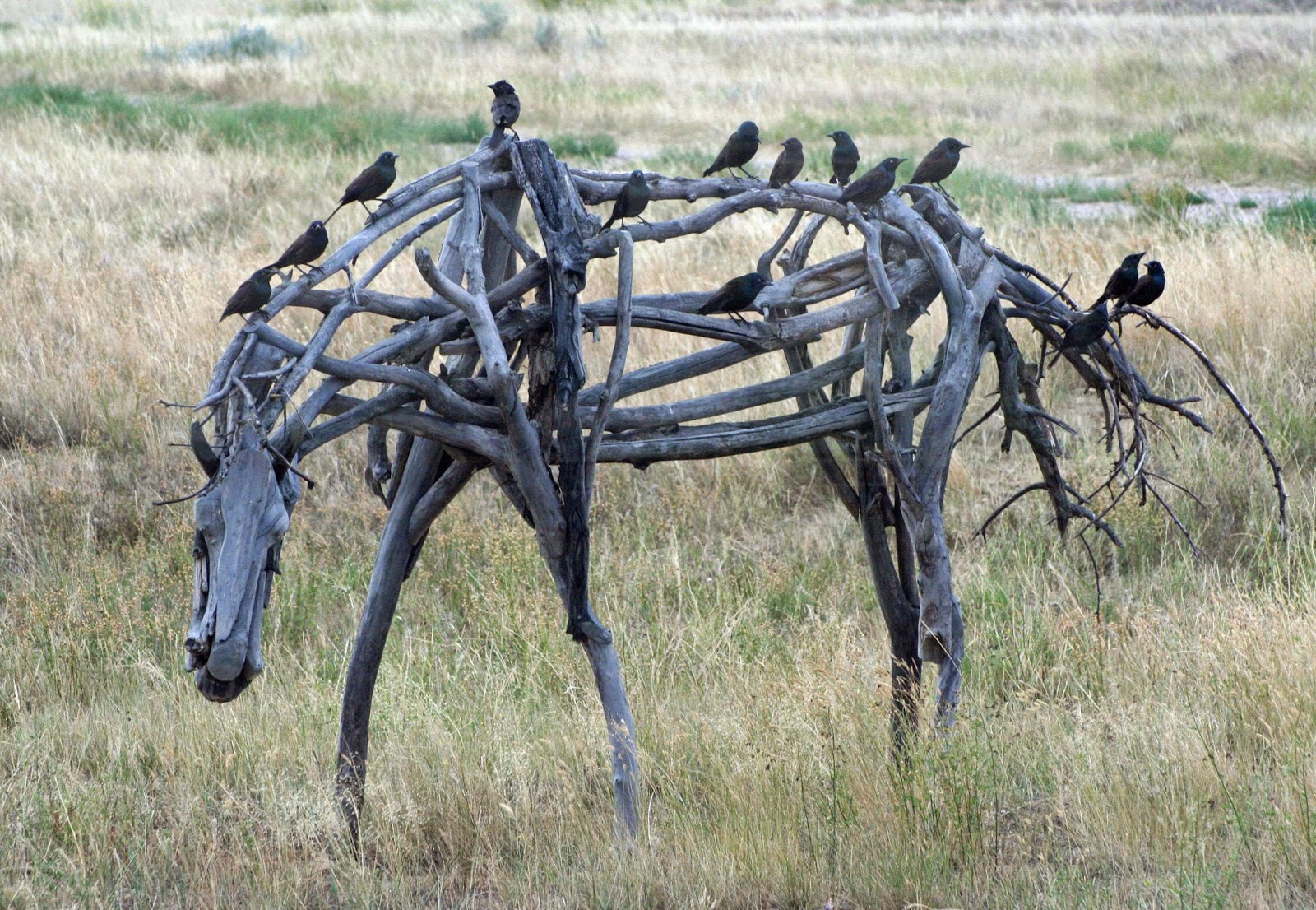 Many years ago I bought a life-size horse made from cottonwood branches.  Joe Halko, a friend and colleague, made the sculpture. Joe was a well-respected wildlife sculptor, known for his sensitive and beautiful bronzes. The horse made of branches was an anomaly – he only made a very few of them. The work he had done throughout his career was more traditional, both in style and material.

I can still remember the day Joe and his wife delivered the horse and actually helped to set it in place.

A few short years later Joe died unexpectedly. Those of us who knew him were shocked and saddened.

As Christmas neared that year we erected an old Christmas tree with bright white lights near the horse. We had done this before and it seemed appropriate for the vastness of the prairie in front of our house. But that year two deer began showing up every evening at dusk to bed down near the tree. There was something magical and surprising to see them arrive each night. Maybe they were seeking warmth from the lights, I thought. But they never laid down right next to the tree. They were just there, every night, close, but not too close, to the lit tree and cottonwood branch horse.

Christmas Eve came. I waited for the deer to arrive. It seemed so important to have them bed down near the tree on that night – two deer by the lights of the tree and the horse standing nearby. I waited and waited, but they never came – not that night or ever again.

At first I was disappointed. Until I realized what had happened. In that moment I knew where the deer were. I knew they had someplace else, somewhere far more important, to be that night. 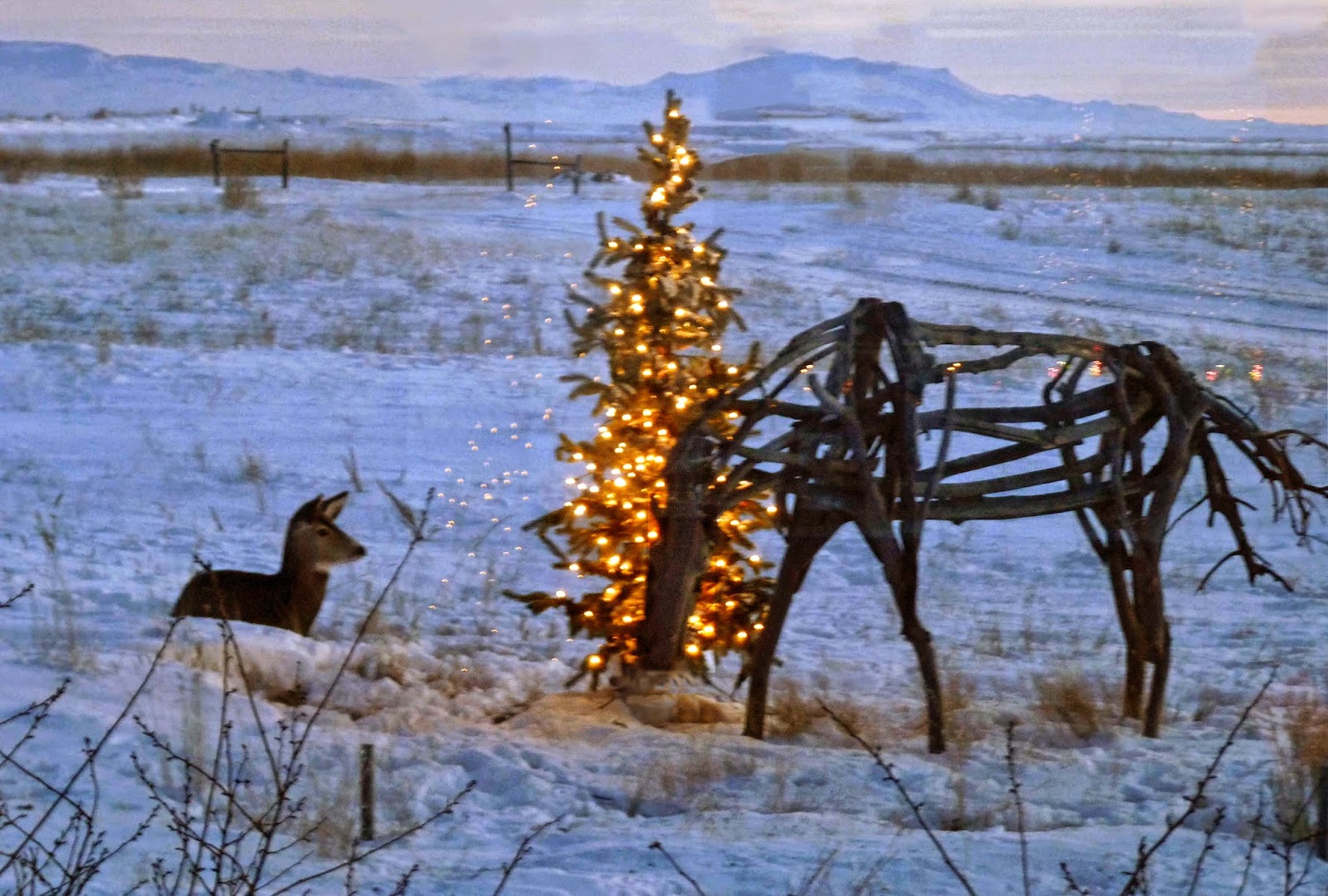 Posted by Carolyn Anderson at 8:20 AM No comments:

Garbage in, garbage out 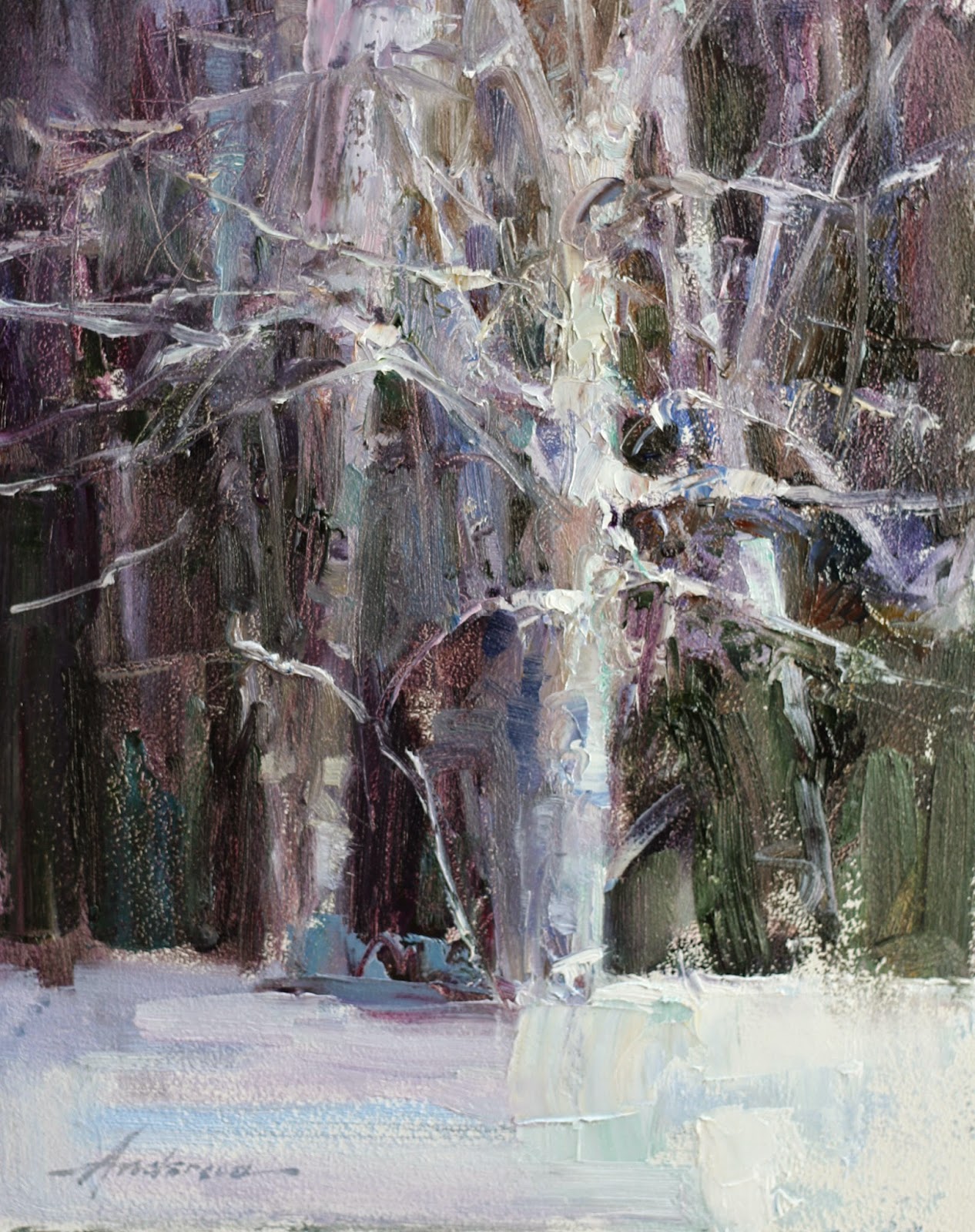 Science has proven what we already know. Listening to someone talking on a cell phone is annoying.

On another annoying note, people are more inclined to perceive a cell phone conversation as louder than a regular conversation between two people.

Scientists estimate we are subject to receiving one billion stimuli every second in our brains. We manage to filter out most extraneous and unnecessary information. We can tune out what we deem unimportant and routine, and we can choose to listen to a conversation or not. But it seems to be difficult to tune out information that doesn’t make sense. It’s as if the brain gets caught in a loop of attention. Our brains are wired to make sense of the world – to recognize patterns and organize information. It is difficult to process incomplete information.

According to Max Liberman, a linguist from the University of Pennsylvania, “… when you're getting lower-quality information coming in, you're having to work harder to understand and reconstruct it."

So what does this have to do with art? Pattern and organization. We need to organize visual information.  But organization doesn’t begin and end with the placement of objects.  Common sense tells us to arrange and edit before we start painting; but organization is also dependent on value patterns, shapes, and the use of color. It is up to us to find the pattern.

In 1876 Alexander Graham Bell exhibited the first telephone at the Centennial Exposition in Philadelphia.  Just four years later Mark Twain wrote the following:
“Consider that a conversation by telephone — when you are simply sitting by and not taking any part in that conversation — is one of the solemnest curiosities of this modern life. Yesterday I was writing a deep article on a sublime philosophical subject while such a conversation was going on in the room. . . . You hear questions asked; you don't hear the answer. You hear invitations given; you hear no thanks in return. You have listening pauses of dead silence, followed by apparently irrelevant and unjustifiable exclamations of glad surprise or sorrow or dismay. You can't make head or tail of the talk, because you never hear anything that the person at the other end of the wire says.”
Posted by Carolyn Anderson at 3:53 PM No comments: