The easiest way to understand color is to review Isaac Newton’s experiments with light in the late 1600s. He was the first to understand the rainbow when he refracted white light (sunlight) with a prism. When the light passed through the prism it scattered the different colors of light according to their wavelength, showing a continuous band of colors – violet, blue, green, yellow, orange and red, (Newton included indigo which would have numerically aligned his color diagram with the seven tones of the musical octave.)

Newton then turned that band of colors into a circle and created the color wheel. Up until then, for over two thousand years, color theory was dominated by Aristotle’s version of linear color which was arranged from white to black, with red in the middle, yellow next to white, and blue next to black. Obviously, Aristotle’s version was more of a value scale than a color diagram.

However, while the color wheel has its advantages in recognizing color relationships, such as complementary, analagous, and secondary colors, it also spawned multiple variations, numerous color theories and a lot of confusion for artists. 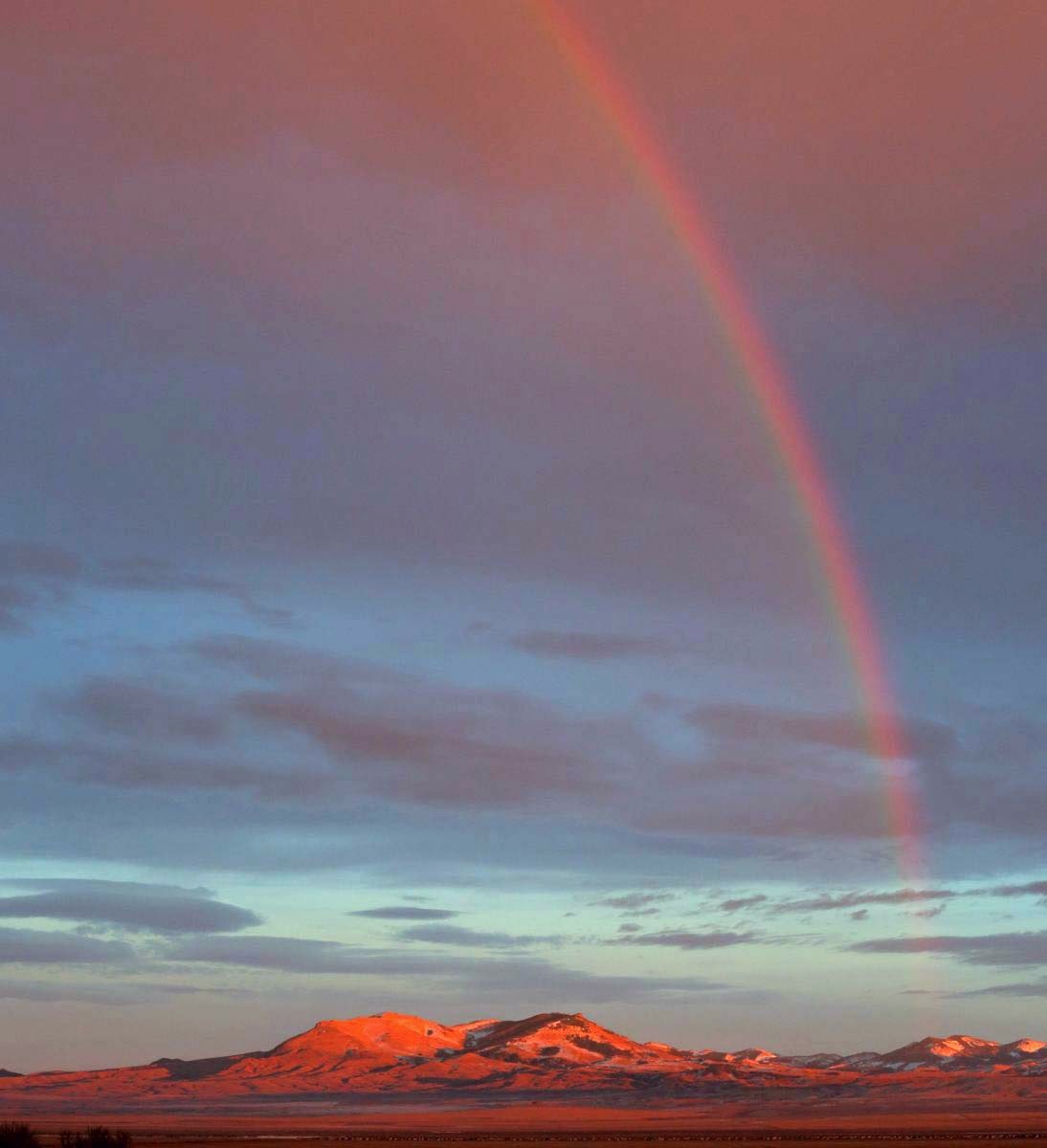 So let’s go back to the rainbow and the science of color – the band of colors discovered by Newton when he separated sunlight into wavelengths of light with a prism. Color is a property of light. The wavelength of visible light has a pattern. It is a range of color from violet to red. It is dictated by the wavelengths of the spectrum. The colors do not jump around at random. Just as value has a pattern of light to dark (shadow), color also has a pattern. Red turns into orange, which then turns to yellow, then green, blue, and violet. This is the pattern of visible light. Objects have no color of their own; they only have the ability to reflect certain rays of light.

The other pattern of visible light is what we can observe as color temperature. This is not an absolute value, never just warm or cool, but an “as compared to” value – warmer or cooler. The pattern of visible light, violet to red, ranges from cooler to warmer. Blue is seen as cooler than red, but ultramarine blue has elements of red color and is seen as warmer than cerulean blue. Alizarin red, which leans towards violet, is seen as cooler than cadmium red which leans towards yellow.  Understanding warmer and cooler colors is based on recognizing the importance of comparison and being able to see if a color tends towards red and/or yellow, or if a color leans towards blue and/or green. Trying to establish an absolute value with color temperature is confusing and misleading.

And now we need to understand that the quality of the light (warmer or cooler) modifies everything. As light changes, color changes, and our perception of color can change with the surroundings. Identifying the light source as either warmer or cooler will simplify the visual information and help us to observe, quantify, and mix colors. Cooler light (such as a cloudy day or early morning) means warmer shadows. And, please note, I did not write “warm” shadows.  A shadow is an absence of light and that same light has color information, so a shadow is an absence of that color information. That does not mean one cannot see a variation of color temperature within a cooler shadow. The real world is a combination of direct light, ambient light, local color, reflected color, etc. Identifying color is a process of comparison – warmer, cooler, lighter, darker. 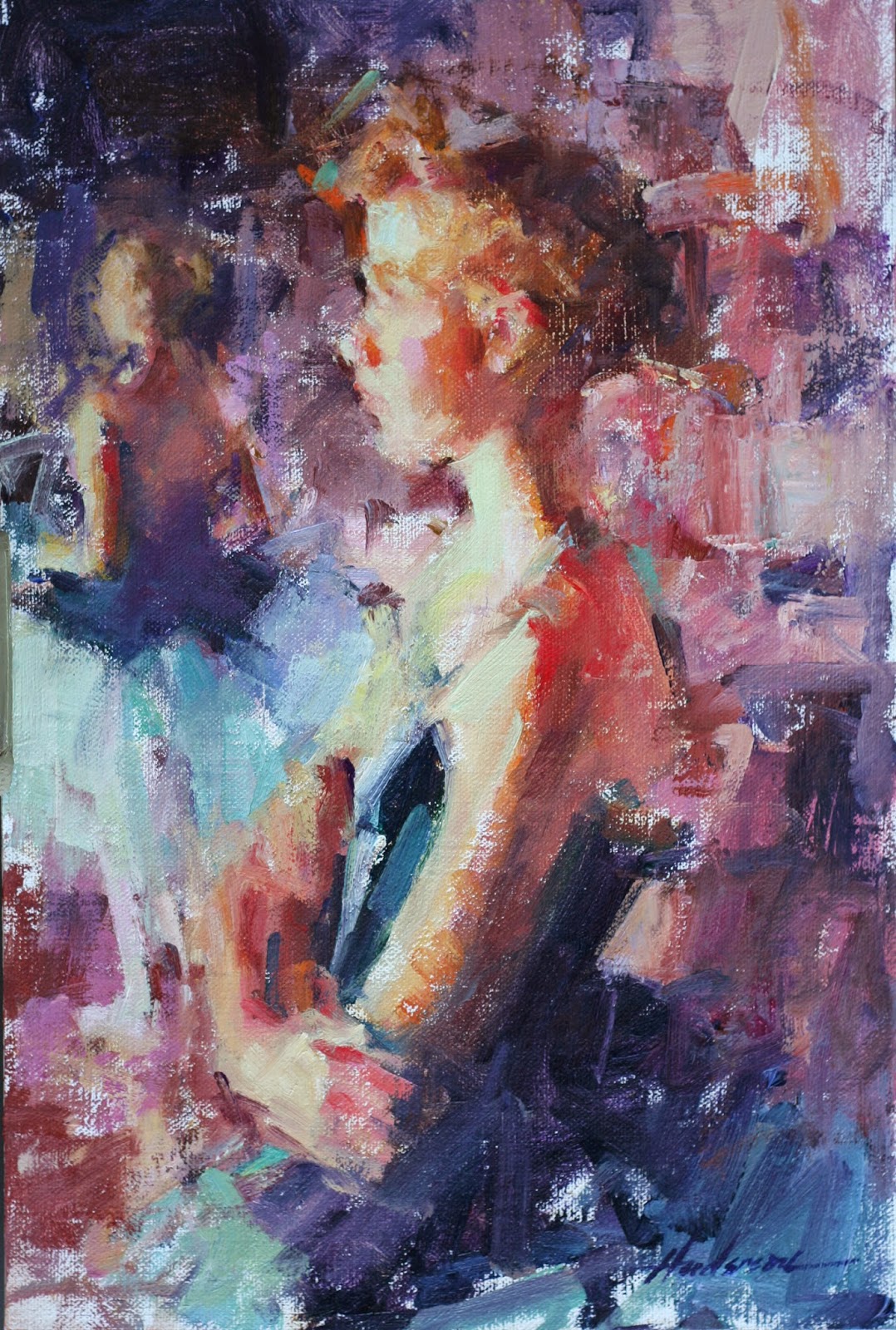 To keep everything in perspective, we need to recognize that the science of light and color is different than the science of pigment and color. The former is additive and the latter subtractive. Add all the colors in light together (as Newton did after he first separated the colors with a prism) and you will have white light. Do the same with pigment and one will end up with black – or if you are an artist, something akin to “muck”. There is no such thing as the “right” color – only the color that looks right.

Also, the human eye can distinguish up to 10 million colors. Since the brain is the processing component for determining visual information, and the brain assesses information based on experience and knowledge, then it is safe to say that we can see colors differently. Ultimately, the whole idea of painting “things” is an illusion, smoke and mirrors, merely one person’s impression and interpretation of visual information. Somewhere other than trite and predictable is a place of creativity and discovery.

“Color is life; for a world without colors appears to us as dead. Colors are primordial ideas, children of the aboriginal colorless light and its counterpart, colorless darkness. As flame begets light, so light engenders colors. Colors are the children of light, and light is their mother. Light, that first phenomenon of the world, reveals to us the spirit and living soul of the world through colors." - The Elements of Color by Johannes Itten

While the history of art is a study of changes in the use of color, the Impressionist painters are notable for their study of sunlight and how it alters the local tones of objects. Monet explored these changes methodically, sometimes requiring a fresh canvas at each hour of the day. The best examples of Monet’s exploration of sunlight and atmospheric color changes are his series of Rouen Cathedral paintings.

Interaction of Color by Josef Albers - a highly regarded book by one of the most influential artist-educators
Color by Betty Edwards - instructive and informative
Color: A Natural History of the Palette by Victoria Finlay - interesting, engaging book, part travelogue, part history
The Rainbow Goblins by Ul De Rico – a classic story with beautiful illustrations for the child in all of us.

Posted by Carolyn Anderson at 12:50 PM